Wu-Tang Clan Events Near You 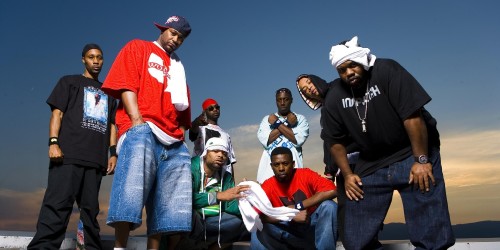 After signing to Steve Rifkind's label Loud Records in 1992, Wu-Tang Clan released their debut album, Enter the Wu-Tang (36 Chambers), in 1993; it received widespread critical acclaim and has since been consistently rated as one of the greatest hip hop albums of all time. Members of the group released solo albums between 1994 and 1996. In 1997, the group released their second album, Wu-Tang Forever. It debuted atop the Billboard 200 and was nominated for Best Rap Album at the 1998 Grammy Awards. The group later released the albums The W (2000), Iron Flag (2001), 8 Diagrams (2007) and A Better Tomorrow (2014), to less popularity. The only copy of their seventh album, Once Upon a Time in Shaolin (2015), was bought for $2 million by former hedge fund manager and convicted felon Martin Shkreli.

Wu-Tang Clan has introduced and launched the careers of a number of affiliated artists and groups, collectively known as the Wu-Tang Killa Bees. In 2008, About ranked Wu-Tang Clan "the No. 1 greatest hip hop group of all time". Kris Ex of Rolling Stone called Wu-Tang Clan "the best rap group ever". In 2004, NME hailed them as one of the most influential groups of the last ten years.